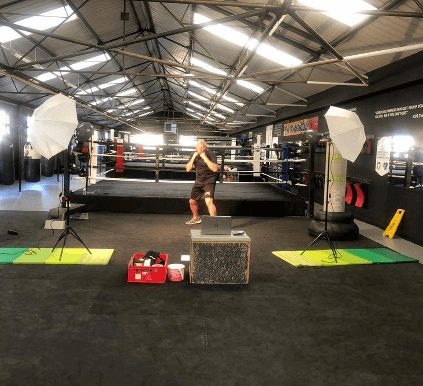 My club isn’t just a business. I’ve poured my heart and soul into it. Not just because I want it to grow and succeed- but because I genuinely love it. I love the people in it. I love the feeling I have when I’m there. I love the intrinsic reward of knowing that we are improving and enriching people’s lives every day.

Teaching our classes by video link is currently our only option….

I would be the first to admit that they’re not like the ‘real thing.’ Partner drills, sparring, jumping and spinning are all off the syllabus for the moment. It felt a bit odd at first- both as a participant and as a coach. Now, after a few weeks, I’ve come to realise that video classes are so much more important than I first thought.

After reading this, I am hoping that some of those who had that initial ‘knee jerk’ reaction (alongside cancelling their Sky Sports package and their gym subscription) may reconsider their choice to cancel/ freeze their membership to our club.

It is important now, more than ever, that we feel as though we belong to something.

That is why we encourage our kickboxers to wear their uniforms and belts when doing a class. That small window of interaction with their coach and club mates at the start and finish of a session is invaluable.
A gesture as small as a little wave from one small screen to the next, holds a lot more significance than many of us realise.

We all need structure…

Having a daily timetable, particularly for children, is vital at these times. Knowing that you have a training session scheduled for a specific time of the day is proving to be important in helping us to maintain that sense of normality that we all want.

You’ll get that same sense of achievement and feel-good factor after completing a video class, that you do when you walk away from a real class.

It’s really one of the best ways to feel good during lockdown.

”Chains of habit are too light to be felt until they are too heavy to be broken.”

Unfortunately, it is becoming more apparent that we are in this situation for a ‘habit forming’ amount of time. During the first week, we received lots of well meaning messages from frozen members ‘I will join back up as soon as you are open again’ etc. etc.. My initial concerns about these good intentions, manifest further the longer we stay in lockdown.
The longer people get into the habit of not doing classes with us, the less likely they are to join back up when we open.

Every online session we teach is carefully planned out with clear objectives. We don’t want our participants to simply feel as though they are ‘ticking over.’

As a fitness professional, for many years I have been promoting the many benefits (both physical and mental) of regular exercise.

Since lockdown, I have also been amused by the many gifs, memes and videos I have been sent by people making light of the fact that they are allowing themselves to get out of shape in these circumstances.

There are so many pre recorded workouts across all platforms that people can follow free of charge. There is also a tiny percentage of people out there with the discipline and mindset to stay fit- without any guidance, support or motivation from anyone else.

Our classes use Zoom and we encourage our participants to keep their videos on throughout (although we respect people who prefer to train with their video off). We want to give you instant feedback, we want you to continue with your technical development. We want you push you further than you can push yourself!

It’s not too late…

If you found this article of interest, and you have not tried a video class yet, I strongly recommend you contact your coach and tell them you want to get involved!

About the author:
Paul Gilmore is currently the Head Coach and founder of the Combat Sports Centre in Solihull, the Head Coach of West Warwicks Amateur Boxing Club and the Chief Instructor for the International Kickboxing Academy.

A graduate of the University of Birmingham with an honours degree in PE and Sports Science as well as Qualified Teacher Status, Paul worked as a both a Primary School teacher and a PE teacher in Birmingham. After retiring from competition, he became a National Coach for Team England for 10 years 2006-2016, getting promoted to ISKA National Director in 2011. Paul stepped down in 2016 to further develop the Combat Sports Centre, West Warwicks ABC and the IKA on a full time basis.